The annual Dusseldorf carnival is usually a place for political satire. But this year they took it to another level.

Pictures from German media from this weekend show Germans eager to ridicule not just Theresa May’s plans for Brexit, but especially Donald Trump.

And they didn’t hold back either.

And one featuring other far-right figures 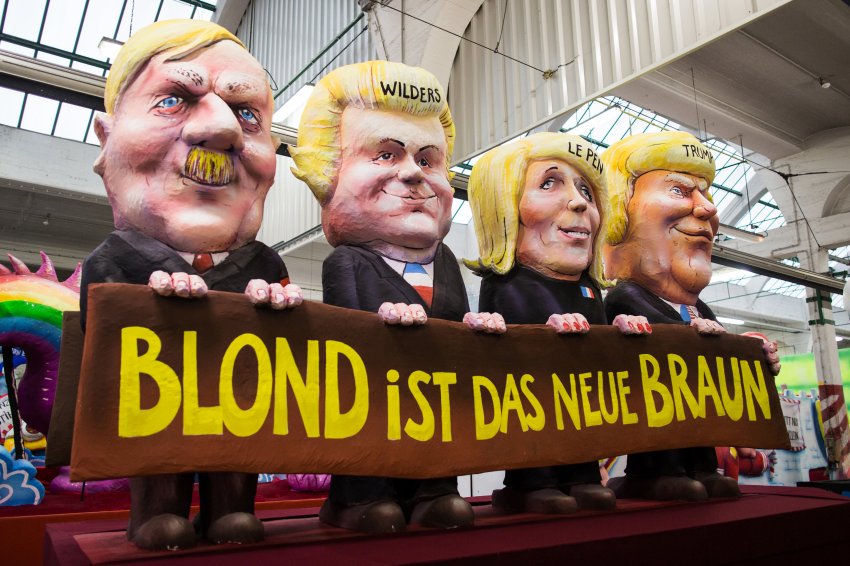 Some floats took aim at Turkey’s Erdogan, others at ISIS and far-right extremists.

The float featuring Theresa May was on point too

As ever, Karneval approaching current trends and political moments with such nuance and subtlety. pic.twitter.com/6Y13MXqGUZ

Some floats took aim at Merkel and SPD’s candidate for Chancellor Martin Schulz too.

More of the pics here.

We couldn’t have done it any better, frankly

—
An earlier version of this piece said the Carnival wasn’t usually political, which was a mistake. That has been amended.