That twice as many Britains see Boris as a careerist were highlighted in a poll by YouGov last night, which also showed little evidence so far of a Boris bounce.

The poll, taken after Boris’s decision to join the Leave campaign, showed a drop in support for that side by 7 points. Remain was up by 1 point. 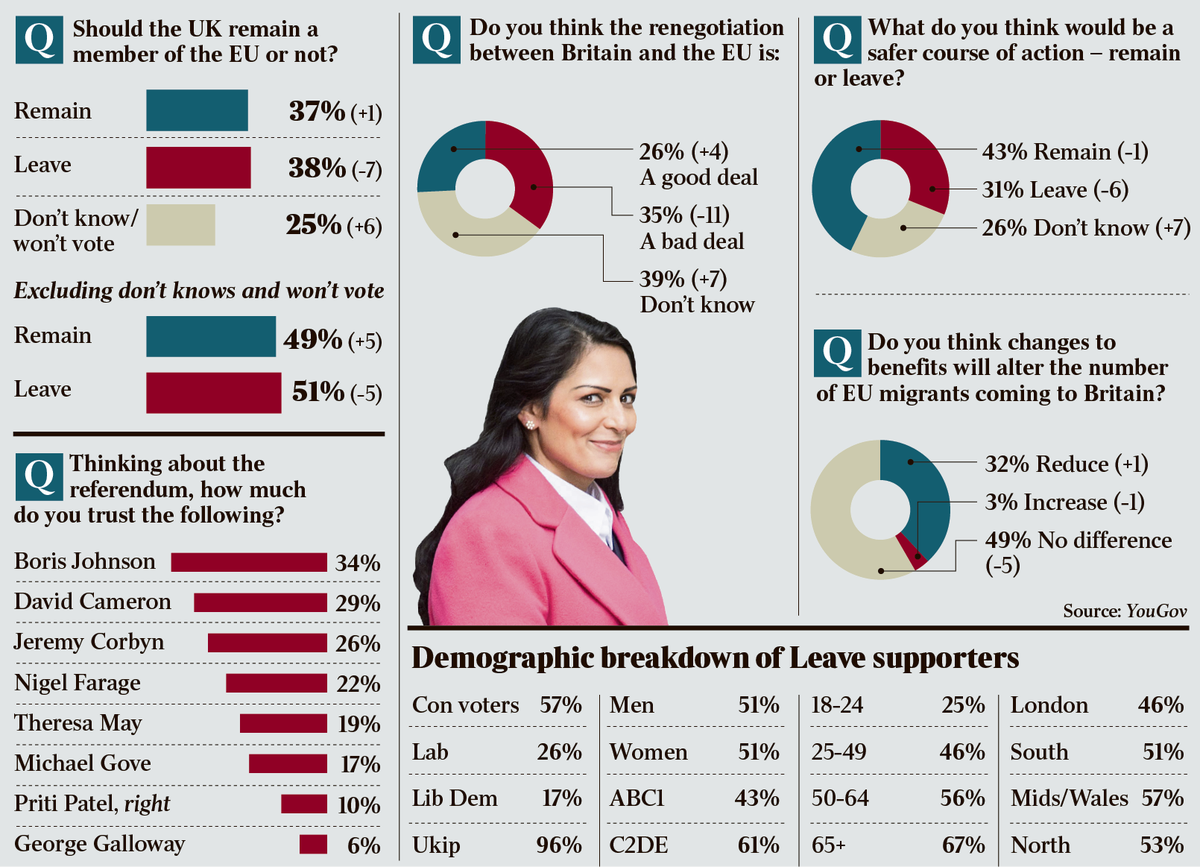 It’s only one poll, but the shifts are beyond the margin of error. Boris is still seen as more trusted on the issue however

But where is the Boris surge?