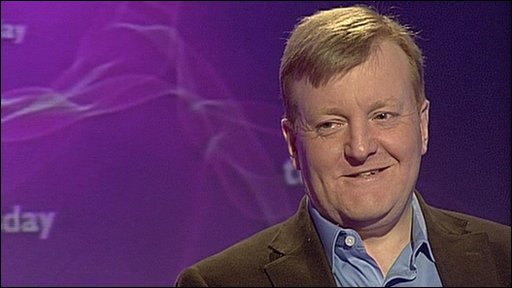 Opponent of the Iraq war (and of the his party’s pact with the Conservatives) Kennedy was the most electorally successful Liberal leader since Asquith in the 1920s and a true natural in a way that few politicians are.

Statement from the Kennedy family:

“It is with great sadness, and an enormous sense of shock, that we announce the death of Charles Kennedy.

“Charles died at home in Fort William yesterday. He was 55. We are obviously devastated at the loss.

“Charles was a fine man, a talented politician and a loving father to his young son. We ask therefore that the privacy of his family is respected in the coming days.

“There will be a postmortem and we will issue a further statement when funeral arrangements are made.”

Statement from the police:

“Police officers attended an address in Fort William on the evening of Monday 1st June 2015 following the sudden death of a 55 year-old man.

“There are no suspicious circumstances and a report will be submitted to the Procurator Fiscal.

“Charles devoted his life to public service, yet he had an unusual gift for speaking about politics with humour and humility which touched people well beyond the world of politics.

“He was a staunch internationalist and passionate believer in Britain’s role in Europe, yet he was a proud Highlander, Scot and British parliamentarian.

“He was one of the most gentle and unflappable politicians I have ever known, yet he was immensely courageous too not least when he spoke for the country against the invasion of Iraq.

“He led the Liberal Democrats to our party’s greatest electoral successes, yet he always remained modest about his huge achievements.

“Whenever I asked him for advice, he was unfailingly kind and wise,” the former deputy prime minister added.

“Most of all, I will never forget the pride and love with which he would talk about his own family, most especially his devotion to his son Donald.

“My heart goes out to his sister and brother and to Sarah and Donald at this tragic time.”

Sad beyond words to hear the news about Charlie Kennedy. A lovely man and one of the most talented politicians of his time. Gone too soon.

“Everybody will be shocked and deeply saddened to hear Charles Kennedy has died.

“He was someone who fought for social justice and brought courage, wit and humour to everything he did.

“He had many friends in the Labour Party as he did across the political spectrum and away from Westminster.

“Thoughts will now be with his family.”

I'm deeply saddened by the death of Charles Kennedy. He was a talented politician who has died too young. My thoughts are with his family.